eSports Phenomenon: How the Growing Industry is Transforming Sports 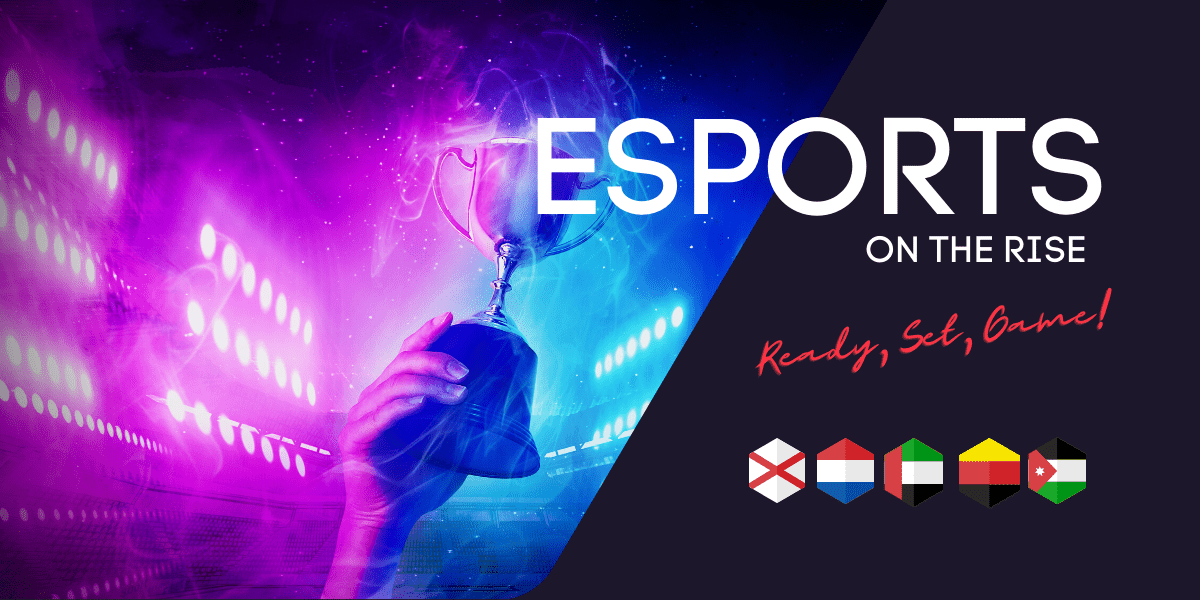 The world of eSports is quickly becoming one of the most exciting and popular forms of entertainment, and many people wonder if it could become an official Olympic game. From its humble beginnings as a hobby for a few dedicated gamers, eSports have grown into a multi-billion-dollar industry that attracts top players worldwide. This is why many people believe that eSports will soon be a part of the Olympic stage. The potential benefits of eSports being included in the Olympics are numerous, including creating new opportunities for athletes, increasing viewership and revenue, and inspiring more young people to pursue a career in professional gaming.

Additionally, it could provide an exciting new way to bring people from different countries together in a spirit of competition and camaraderie. With the massive growth of eSports recently, adding it to the Olympics seems like the natural next step.

eSports organizes competitive gaming events that pit players against each other in video game tournaments. Many game titles can be played as eSports, including strategy games, team sports, first-person shooters, and fighting games. In the past decade, eSports have become a multibillion-dollar industry that attracts millions of viewers from around the world. Professional gaming tournaments are held in stadiums, convention centers, and other large venues that seat thousands of fans. Live audiences, online streaming, and media coverage attract millions of viewers. The virtual world has become a big part of our lives, so it is natural for eSports to grow in popularity and to be held in high importance. ESports’ popularity level has already been compared to traditional sports.

Furthermore, competitive gaming is a rapidly growing industry. New titles, franchises, and leagues are consistently being created, ensuring that there will continue to be new opportunities for gamers to join the fray. With all these factors in play, it is not difficult to see why eSports have become so popular.

eSports have all the hallmarks of a legitimate sport: they involve intense competition, skill, physical training, mental acuity, strategic play, and teamwork. With a booming global audience and continued growth, eSports have the potential to become an Olympic sport.

The International Olympic Committee recognizes eSports as a legitimate form of physical activity and considers it an Olympic sport. The reasons to consider eSports for the Olympics include increased brand exposure, viewership, and sponsorship revenue. Most importantly, eSports can provide an enjoyable, engaging event for Olympic viewers of all ages. With eSports’ global reach and its potential to reach more people than traditional sports, it offers an opportunity for the Olympics to expand its horizons beyond traditional sports.

As esports continues to gain popularity and recognition, some countries are considering adding it to their national sports teams and potentially even allowing their teams to compete in the Olympics. The International Olympic Committee (IOC) is considering adding esports as a demonstration sport, enabling it to be showcased at the Olympics, but would not yet grant it full medal status. In the future, esports could become a fully recognized and official part of the Olympic Games.

There have been several demonstration sports that were later added as official sports in the Olympic Games. Here are a few examples:

Breakdancing: Breakdancing, also known as breaking, is set to be a demonstration sport at the 2024.

Summer Olympics in Paris. If successful, it could potentially be added as an official sport in the future.

For fans of these games, this could mean a new level of competitiveness and excitement. eSports features skill-based games that involve fast responses and strategic decision-making – vital skills when competing in the Olympics. And instead of looking for the most muscular athlete, eSports offer different physical and mental agility types. Plus, with the emergence of virtual reality and other gaming technologies, the possibilities for more games to be included in the Olympics are endless.

In addition to offering a new realm of physical activities, ESports can also help create a more diverse and inclusive environment for Olympic athletes. Video game players come from almost every country, race, gender, and age group – offering a complete representation of our global population.

Plus, with such a broad audience watching from around the world, ESports can help boost awareness and support for Olympic athletes from every corner of the globe.

The International Olympic Committee (IOC) is considering esports for the Paris 2024 Olympics due to its increasing popularity in engaging with younger generations. Esports has become a multi-billion dollar industry and attracts millions of viewers worldwide, making it a lucrative opportunity for the IOC and its partner Olympic sponsors.

Additionally, the IOC’s objective of engaging with youths worldwide can be significantly assisted by introducing esports as an Olympic event.

eSports also encourage digital inclusion, allowing those living in remote areas with limited access to traditional sporting activities to participate in competitive gaming and challenges. With eSports requiring less space and lower costs than traditional sports, it can provide a more affordable way for countries to participate in the Olympics. The recognition that esports can bring to Paris 2024 could be tremendous, potentially expanding viewership numbers exponentially across the globe.

The International Olympic Committee (IOC) has announced that it will host Singapore’s first-ever Olympic Esports Week from June 22 to 25, 2023. This event is a significant step in developing esports within the Olympic Movement and promoting competitive gaming. Singapore, which hosted the first Youth Olympic Games in 2010, was chosen as the location for this inaugural event.

During his re-election campaign, French President Emmanuel Macron used esports as a platform to connect with voters. He recognized the growing popularity of esports and saw an opportunity to engage with a younger and more digitally savvy demographic. Macron hosted an esports tournament at the Élysée Palace and met with top players and industry leaders to discuss the future of esports in France. He also voiced his support for the inclusion of esports in the Olympic Games, stating that it was “important to recognize and value the commitment and the excellence of esports players.” By embracing esports and its growing community, Macron demonstrated his understanding of and appreciation for younger voters’ evolving interests and concerns.

French President Emmanuel Macron’s acknowledgment of eSports should inspire many countries to start working on their national strategy for building eSports teams and benefit from the opportunities that eSport presents. Here are a few of those benefits :

First, eSport is a rapidly growing industry with a large and passionate global audience. Building an eSports team can provide a country with a platform to showcase its talent and engage with this audience.

On Monday, January 16th 2022, at the Maison de l’Esport, Amélie Oudéa-Castéra, the Minister of Sports and Olympic and Paralympic Games, and Jean-Noël Barrot, the Minister Delegate in charge of Digital Transition and Telecommunications, brought together the actors of the esports ecosystem to establish and carry out, with Rima Abdul Malak, the Minister of Culture, the national esports strategy for the next three years around five significant actions.

The President of the Republic reaffirmed, on June 3rd, his willingness to accelerate the structuring of the esports sector and to enhance its attractiveness, mainly through the hosting of new major international events, while announcing recent significant competitions in France, the “Blast Major” in May 2023 and the “Trackmania Games” in 2024.

Second, eSport can serve as a vehicle for cultural exchange and diplomacy. By participating in international eSport competitions, a country’s eSports team can represent their country on a global stage and build relationships with other countries through friendly competition.

Third, building an eSports team can also have economic benefits. The eSport industry is a significant contributor to the global economy, and a country’s eSports team can generate revenue through sponsorships, merchandise sales, and tournament winnings.

Finally, eSports can be a source of national pride and a way for a country to engage with its youth. Many young people are passionate about eSports, and building an eSports team can give them a sense of belonging and a way to represent their country.

ESports have the potential to be critical economic growth in the upcoming ten years. With massive investments in this sector, a rise in viewership, and significant sponsors getting involved, it will only continue to get bigger and drive substantial economic growth. Creating infrastructure around tournaments and demand for merchandising products also presents opportunities for many revenue generations. Therefore, eSports can be seen as an important investment opportunity that has gained increasing traction and popularity globally.

The benefits of eSports for an entire country can be immense. For example, a country can benefit from the increased sense of community that eSports help promote among citizens and from increased tourism from professional tournaments and events. Additionally, it could help reduce unemployment since the creation of professional teams, leagues, and games can provide jobs to those interested in participating. Lastly, the introduction of eSports into athletic activities in a country can open up avenues for collaboration between gaming professionals and traditional sports professionals to create more engaging experiences for the viewers.